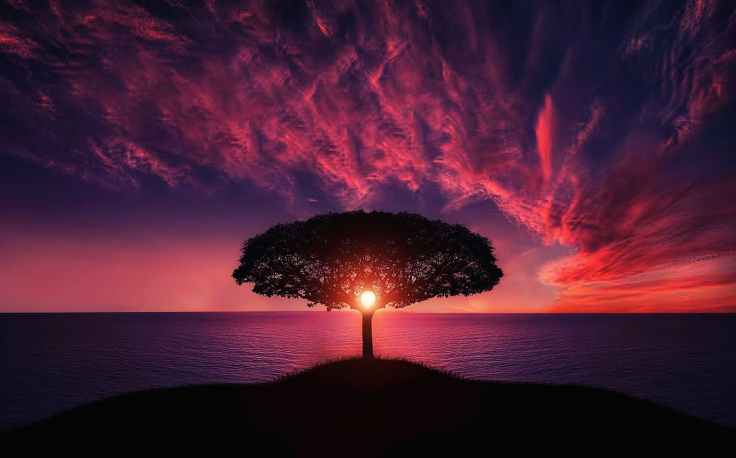 Ok, maybe that’s a bit dramatic.  Or maybe it’s not dramatic enough.  The 46 Project was a constantly moving contradiction – the likes of which I hope I do not see again.

Of course, I’m writing this, so I lived to see 47, but 46 was absolutely nothing like I had imagined it would have been.  It offered lessons and despair and good and evil and hope and failure.  It offered choices to do right or to just be comfortable.  It offered nausea and tears.  Waves of nausea and tears.  It was a professional and personal roller coaster that would not relent, and it left me reeling nearly every moment of the ride.  From a professional standpoint, all I knew is I wanted off the ride – even if I was still 1000 feet in the air and had no way back down.  From a personal standpoint, if I’d forced myself to stay on that ride professionally, I’m confident I would have ended up finishing the personal ride alone.  No one in their right mind would have wanted to stay on it with me.  I was a miserable S.O.B.  That, in fact, might be one of the greatest understatements of 2019.

So, I unlatched my seat belt a few months ago as I reached a crest and was moving slow, jumped down to the track, and spent the last two months of the 46 Project slowly climbing back down toward sanity and God’s purpose.  One rickety, wooden rung at a time, with friends and family holding fluffy blankets below to catch me if I fall.  And that is the one true beauty I found in the 46 Project – the people in my life that matter most wanted me to do the right thing for myself.  That is a gift beyond measure, as many people on this earth I fear feel trapped by the ones they need the most.   They aren’t blessed with the support I had, and without it, doing the right thing for one’s self seems all the more daunting.  Particularly when the first step is unemployment!  When I was most lost and weakest is when love from friends and family buoyed me to get to the next day.  And the next.  And the next.  Until I could find the courage to jump off that damn roller coaster.

And this may be a surprise to those who look at my Facebook or who received a Christmas card.  If you judged me by those highly curated pictures of travel, adventure and relaxation, you’d think I had the best year ever!  And in those fleeting moments – I was happy.  But travel and vacation are escape in many ways.  While it is certainly good to have focused time with family and to be free of the stress of work, it was all too often a temporary band-aid.  For much of 46, the times I was on vacation were the only times I really felt connected to my wife and kids.  Which left about 48 weeks of distraction, angst, worry, and fear.  And anger.  I can’t forget how angry I was.  So much wasted time and opportunity.  My greatest regret of the 46 Project.

In all honesty, it was the hardest year I’ve lived in my adult life.  The year Lori was diagnosed with cancer is certainly a close second, but I won’t even presume to think that year was nearly as hard on me as it was her.  That year, she fought for her physical health with an unrelenting energy that carries on to this day.  That was her year to re-center and focus, and sometimes all I felt I could do was watch her in amazement.  That year was her turning point.  Physically and emotionally, she was a changed woman on the other side of that year.  Cancer made her better.

My battle has no doubt taken a negative physical toll, but much of that has been due to exhaustion peppered with laziness.  I felt so drained fighting an existential battle of self, values and purpose against some fairly nefarious external forces that I had nothing left to give myself at the end of each day.  The details aren’t so important, but let it suffice to say that I could no longer sit idly by while my peers and the patients we were there to serve were being neglected if I were to respect my calling in life.

So now I’m hoping my refusal to do the easy (and wrong) things in life is my turning point.  Ambition of someday being an executive in a massive organization that threatened my value, morals, purpose and well-being was not what God had in mind for me – of that I am certain.  So I jumped off the fast track roller coaster of “job security” and “success” and now I’m crawling – but crawling in the right direction.  Three jobs in a span of 9 months.   That is some serious stress and whiplash.

But I’ve landed where I’m supposed to be, in a place that I cannot even call a job.  It is a calling.  It is my calling, and while my associates have specific needs and expectations of what they need accomplished, it is aligned with my own personal and professional values.  That is what had been so desperately missing.  And if I can keep winding my way forward, the dream is to someday help others find similar working relationships.  Physicians sacrifice so much to get where they are and are deserving of more than just being replaceable cogs in a cold, uncaring, dispassionate machine.

And honestly, I really don’t know why I even write this stuff down.  I’ve lived it, so I already know it.  Self-deprecation?  Sure.  I’m pretty good at that.  Pride?  Proud of what?  Finally having the courage to do the right thing for my family, myself, and patients?  No, I think more than anything, it is a means of more formal processing to solidify what I’ve hopefully learned.  And I can imagine someone out there might identify and maybe find a little hope and inspiration that all is never lost.  Not from anything particular I’ve said or done, but rather in opening your heart to what God wants you to do.  On my own, I was a failure.  An abject, absolute failure.  All I did was open my heart to God and affirm that the roller coaster was not my intended ride.  All I did was open my heart to God.

There is no 47 Project.  There is no time limit on what I need to do.  No labels, no resolutions.  Just better.  Everyday trying to do better.  And most importantly, to stop wishing for tomorrow to come.  Tomorrow may not be greener, or easier, or happier.  It is just a fantasy we use to help us gut through today when today is rough.  Well, fantasies are dangerous things.  It is hope wasted on an idea, when the effort should be on today – and being better in the present.  Hope belongs in the present.

This is a text widget, which allows you to add text or HTML to your sidebar. You can use them to display text, links, images, HTML, or a combination of these. Edit them in the Widget section of the Customizer.